At the end of the last ice age, about 15,000 years ago, the massive Laurentide ice sheet covered a large chunk of North America, covering all of what is now Canada and stretching down to the Great Lakes region.  As temperatures began to warm into the Holocene period (the warm period in which we currently live), the ice sheet began to gradually recede exposing low lying damp ground in which bogs started to accumulate.  As the ice sheet got gradually smaller and smaller over thousands of years, the bogs continued to build up, quietly laying down a record in their accumulated layers of these dramatic changes.  Lakes also began to form around the edge of the ice sheet where the melting water pooled up – one such massive lake that existed from around 12,000 to 8,000 years ago was called Lake Aggasiz-Objiway.  Around 8,000 years ago, a sudden and abrupt collapse of part of the ice sheet holding back the meltwater of Lake Agassiz occurred, sending the fresh lake water surging into the North Atlantic ocean in the Labrador Sea region.  Eventually, around 7000 years ago, when the then much smaller and fragmented ice sheets melted away, you could say that the climate of the region ‘calmed down’ somewhat and settled into the steady rhythms of the oceanic and atmospheric systems that continue to influence the region today. 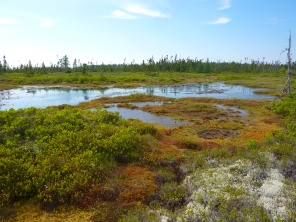 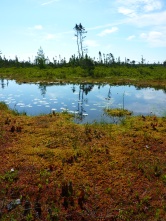 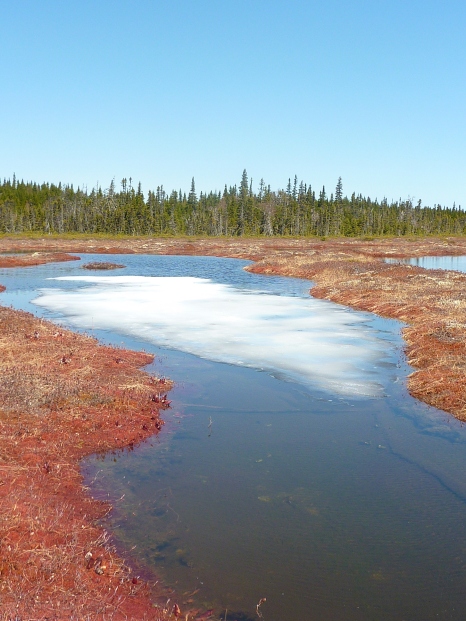 We know the basics of this story from a very wide range of evidence, but as suggested, the whole while this was happening, peatlands were accumulating and conveniently tracking the changes for us.  As you may have guessed by now, this is why the region is of interest to us.  Matt is currently involved in a project called PRECIP (all good academic projects need acronyms!) that has developed records of past climate change from bogs stretching from Maine in the south to far northern Newfoundland in the north.  From these records we hope to understand more about the timings and patterns of the changes briefly described above and the influence they had on terrestrial environments over time.