When I was a teenager I spent a lot of time walking the moors of the Peak District National Park in northern England. I guess we all tend to think that the landscapes we grow up with are ‘normal’ and it didn’t occur to me then that there was anything unusual about a landscape of bare black peat, deep erosion gullies and heather. I accepted the chance of sinking to my armpits in sludgy foul-smelling black peat as part of the ‘fun’! However if you head up to the moors with a shovel you can quickly tell that the landscape wasn’t always like this. Dig down a bit and you can find peat full of the remains of Sphagnum mosses, species that you will struggle to find at all in the area today. 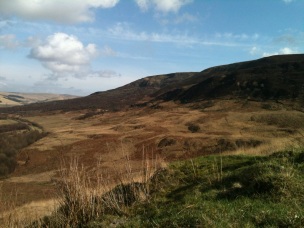 The Peak District lies between the great industrial cities of Sheffield and Manchester; the wealth of Victorian Britain was built on Manchester cotton and Sheffield steel and both of these industries were powered by coal. The fumes from burning vast quantities of coal, rich in sulphur and heavy metals, ended up on the Peak District, acidifying the peat and killing the crucial carpet of plants which held the moors together. As the plants were lost erosion started and huge quantities of peat have been washed and blown away over the last 150 years. Ironically, as the peat eroded it began to cause problems for us as the eroding peat released accumulated heavy metals back into our water supplies and turned drinking water an unpleasant dark brown. Air pollution hasn’t been the only cause of peatland damage in the Peak District; over-grazing, fire and walkers like me have paid a role too, but the intense pollution on top of these other factors has tipped the balance towards total destruction. Today the great Victorian industries are largely gone but the power stations and vehicle emissions of modern Britain continue to exact their toll on the moors. 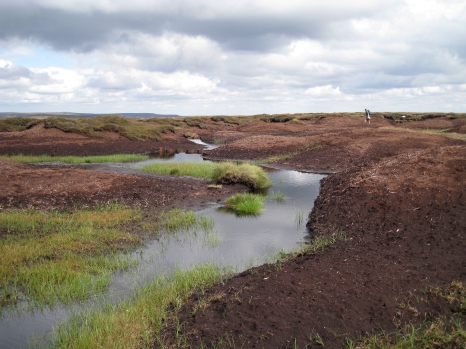 Air pollution comes in many forms. Sulphur, and heavy metals were major causes of damage to bogs in the past and ozone may be damaging bogs in ways we don’t fully understand today. However, the pollutant which causes the most conservation concern is nitrogen. Nitrogen is in the air all around us as stable di-nitrogen (N2). This form of nitrogen is inert and doesn’t cause pollution problems. It takes a large amount of energy to break the bond holding the two nitrogen atoms together but when broken nitrogen becomes highly reactive. It is this ‘reactive nitrogen’, which cause pollution problems.

There are two main types of nitrogen pollution; oxides of nitrogen (NOy) are primarily a by-product of fossil fuel consumption and reduced nitrogen (NHx) which is derived primarily from agricultural fertilisers. This is an environmental issue which doesn’t excite the public imagination but the problem is vast. Human production of reactive nitrogen is now more than double natural nitrogen fixation; there is nowhere on the surface of the planet which doesn’t show the signature of human meddling in the global nitrogen cycle. The huge changes we have wrought have been called the first ‘planetary-scale experiment with geoengineering’. The negative impacts of nitrogen cost the countries of the European Union alone up to €320 billion a year. 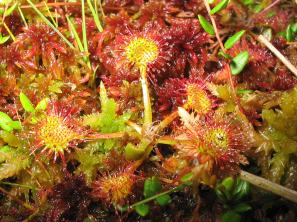 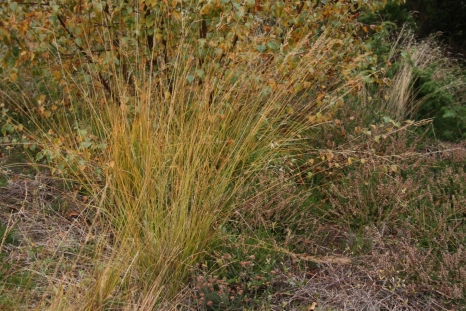 Reactive nitrogen is essential to all life on earth but most species have developed in conditions where it is rare. We know from decades of experimental studies that excess nitrogen deposition leads to a reduction in biodiversity and dominance by ‘weedy’ species which can exploit these extra resources. In bogs this often means a loss of the crucial Sphagnum mosses and dominance by vascular plants such as Purple Moor Grass (Molinia caerulea). A particularly extreme example is carnivorous plants like Sundew (Drosera spp.) which have evolved to cope with a limited supply of nitrogen by capturing and consuming insect prey. However, in a world where large quantities of nitrogen are (literally) falling from the sky the plants have no need to capture insects; they switch to using nitrogen from the soil and prosper in the short-term but are ultimately out-competed by other plants which can better exploit the new regime (see paper here).

While most peatlands are quite remote from pollution sources the long distances which nitrogen pollution can travel and high rainfall in peatland areas mean that they can be heavily affected. Most bogs are poor in nutrients and weakly-buffered so even small amounts of nutrients and acids can produce big impacts. In the UK the average nitrogen pollution exposure of peatlands is almost three times greater than the recognised ‘safe’ level. The impacts of nitrogen pollution we see in experiments can be drastic; you can even see the trail of damage from ammonia released in the Whim Moss experiment from a satellite! Similar impacts are starting to be detected in real peatland landscapes. A recent study showed that areas of UK bog with more nitrogen pollution had consistently fewer plant species while cleaner areas had more. 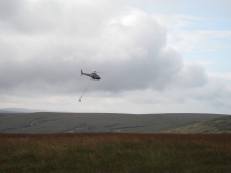 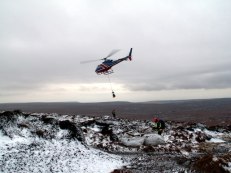 In Europe we have been quite successful at tackling oxidised nitrogen emissions with a 60% reduction over the last 40 years in the UK. However, reduced nitrogen emissions remain stubbornly high. Since the invention of the Haber-Bosch process we have become reliant on cheap, readily available nitrogen fertilisers to increase and maintain agricultural productivity. It is estimated that half of the global population would not be alive without industrially-produced fertilisers so reducing this reliance is not easy.

In the Peak District the good news is that thanks to restoration work by fantastic organisations like Moors for the Future the moors are now in a much better state than when I was a teenager; there is less bare peat, less erosion and you will even find Sphagnum in a few spots. However getting the moors to this state hasn’t been easy or cheap. Gully sides have been stabilised with geotextiles, lime and grass seed have been dropped from helicopters to neutralise and re-vegetate the bare peat and new flagstone paths have been constructed to minimise the impact of walkers. It is simply impossible to do this sort of intensive restoration for all the world’s peatland which is currently damaged by air pollution or may be in the future. Our only alternative is to stop peatlands deteriorating to this point. It is possible to change the trajectory; the Netherlands used to have perhaps the highest levels of nitrogen pollution in the world but has succeeded in making big reductions by mandating the use of better agricultural technologies. We can all make a difference by reducing our use of fossil fuels and cutting down on the meat in our diets. Start by using the excellent nitrogen footprint calculator to calculate how much you contribute to the problem.

3 responses to “Farms, factories and fertiliser: the effects of air pollution on peatlands”