Putting bogs to one side for the briefest of moments, one of my other great passions in life is food. Since eating is something that all of us have to do repeatedly every single day, it might as well be pleasurable. I’m vegetarian and a big fan of using wholefood ingredients to create flavour, colour and health packed meals. I’m also a triathlete, so food takes on extra importance to me as fuel for exercise. Anyway, I digress a little. One of my favourite food blogs is the quite excellent Green Kitchen Stories, written by a couple living in Stockholm, Sweden. They recently posted a recipe for blueberry and blackberry crumble and described how the blueberries they used were picked from the forests surrounding Stockholm, which are flooded with blueberries at this time of year. As well as blueberries, another thing Sweden has its fair share of, as we’ve seen elsewhere on Bogology, is peatlands (don’t panic, we’re back to the bogs now!) and this got me thinking about the range of food that grows naturally on bogs.

Gaultheria mucronata, or ‘chaura’ as it is known in Spanish, growing in Patagonia

When we undertake plant macrofossil analysis on a peat core, we look at how the proportions of different vegetation types growing on the bog surface has varied over time, producing very serious, sober looking diagrams like the one below. Each fluctuating bar shows how a particular plant has gone through periods of flourishing or floundering over time and we analyse results like these in an appropriately scientific way. But when you actually stop to think about it, these diagrams are vivid pictures that tell us how peatlands change over time in very human ways. Take a switch between the dominance of Sphagnum mosses and grasses such as cotton grass (Eriophorum species) or heather (Calluna vulgaris). This tells us something about how wet the peatland surface was at the time and, if we’re being scientific about it, we can relate that climate. But of course, it also makes a huge difference to how passable the peatland is to a human foot. We’ve talked about the wooden trackways that traversed peatlands elsewhere, and these often tend to be associated with wetter periods in a peatlands development.

An example of a plant macrofossil diagram

Getting back to our peatland larder, we can also pick out the varying curves of abundance for species such as Vaccinium oxycoccus, Vaccinium myrtillus, Empetrum nigrum or Rubus chamaemorus. These might form relatively small proportions of the vegetative remains preserved in our samples, but for those people living close to the peatlands in the past, they could have represented breakfast, lunch or dinner (well, probably pudding). The cranberry, bilberry, crowberry and cloudberry (or bake apple if you’re reading this in Canada) as the four species above are more commonly known are among many other berries that grow naturally on peatlands. It is with great fondness that I remember fieldtrips fortuitously taken at the right time of year (late summer or early autumn) to be able to make the most of this peatland larder. The cranberries might be small, but boy do they pack some flavour, being tart yet sweet in equal measures. To give you an idea of just how well these species grow in peaty lands, it is estimated that 150 million kg of berries are harvested from peatlands each year in Finland alone, contributing a whopping £8 million to the Finnish economy. Not to be sniffed at I’m sure you’ll agree, and as you can see from this Université Laval Peatland Ecology Research Group report, something that a significant amount of research goes into, especially as one potential avenue to make economic use of cutover bogs. 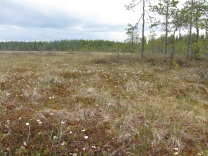 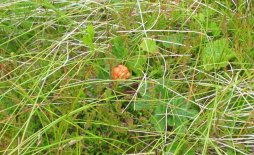 Cruicially, food is yet another fine example of an ecosystem service readily provided by a healthy peatland in its natural and flourishing state. Berries, including many of those that grow on peatlands, are currently undergoing something of a rebirth as a super-food. I hereby use Bogology to the state the case for the rebirth of peatlands as a super-ecosystem!

2 responses to “Food and bogs: the peatland larder”